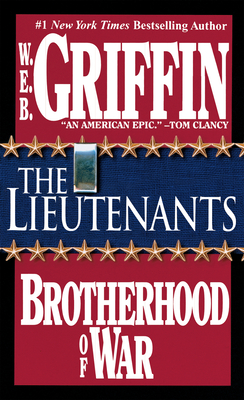 The Lieutenants (Brotherhood of War #1)

They were the young ones, the bright ones, the ones with the dreams. From the Nazi-prowled wastes of North Africa to the bloody corridors of Europe, they answered the call gladly. It was their duty, their job, their life. They marched off as boys, and they came back--those who made it--as soldiers and professionals forged in the heat of battle...

Praise For The Lieutenants (Brotherhood of War #1)…

Praise for W.E.B. Griffin and the Brotherhood of War novels

“W.E.B. Griffin is a storyteller in the grand tradition, probably the best man around for describing the military community…An American epic.”—Tom Clancy

“W.E.B. Griffin has been called the poet laureate of the American military, and it is certain that his books convey a sure portrait of that culture. His grasp of history and his ability to personalize that big picture through the actions of an ever-changing cast of characters not only informs—it is highly entertaining as well.”—Los Angeles Daily News