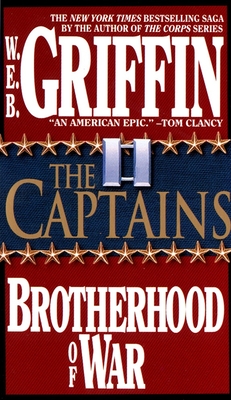 The Captains (Brotherhood of War #2)

It was more than an incident. It was a deadly assault across the 38th parallel. It was the Korean War. In the fear and frenzy of battle, those who had served with heroism before were called again by America to man the trenches and sandbag bunkers. From Pusan to the Yalu, they drove forward with commands too new and tanks too old: brothers in war, bonded together in battle as they had never been in peace...