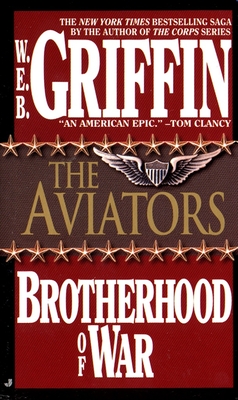 The Aviators (Brotherhood of War #8)

It is 1964. The Vietnam War has begun to escalate, its new style of battle demanding new weapons and tactics, and men who can use them. Overnight, it seems, the United States Army must scramble to create its first-ever Air Assault Division, a force critical to its chances of success. The obstacles are staggering--untrained men, technical mishaps, interservice rivalries. But through sheer courage and dedication, these heroic fighters rise to the challenge. For they are America's bravest--facing the ultimate test...