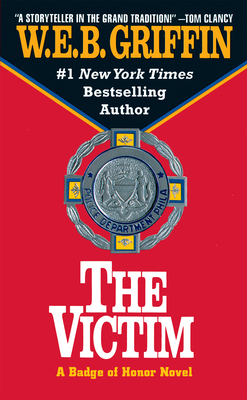 The Victim (Badge Of Honor #3)

W.E.B. Griffin has captured a worldwide audience with his stunning novels of men and women of outstanding courage. BROTHERHOOD OF WAR revealed the drama and challenge of army life...THE CORPS explored the proud tradition of the Marines...Now BADGE OF HONOR takes you behind the scenes of today's urban police force. A brutal Mafia slaying rocks the city of Philadelphia when the only living witness is revealed--a wealthy debutante involved with the targeted mobster. One of the suspects is a cop, Matt Payne, who unwittingly takes on the ultimate battle between organized crime, upper-class power...and his own police force.