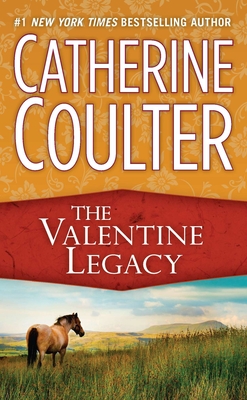 When an intrepid horsewoman finds herself on the road to ruin, her longtime nemesis may be her only hope in this Regency romance in the Legacy Trilogy by #1 New York Times bestselling author Catherine Coulter.

Horse racing is a down and dirty sport. James Wyndham, who owns racing stables in both England and America, meets his match in red-haired Jessie Warfield, a renowned hoyden and champion jockey who knows as many dirty racing tricks as James does.

When either wins a race, the other’s nose gets rubbed in the dirt. But when an innocent incident leads to her ruin in the eyes of society, it's Jessie who finds herself fleeing a losing battle—all the way to England.

James is laden with guilt, but when he follows Jessie across the Atlantic to make things right, the woman he finds bears little resemblance to the spitfire he's known for so long....

Praise for the Legacy Trilogy

“Coulter is excellent at portraying the romantic tension between her heroes and heroines, and she manages to write explicitly but beautifully about sex as well as love.”—Milwaukee Journal

“Marcus and the Duchess are sparring lovers worthy of Shakespeare’s Beatrice and Benedick...and their supporting cast is every bit as much fun.”—Detroit Free Press

“Coulter’s characters quickly come alive and draw the reader into the story. You root for the good guys and hiss for the bad guys. When you have to put the book down for a while, you can hardly wait to get back and see what’s going on.”—The Sunday Oklahoman

“There is murder, mystery, and sex in this engaging story...It’s hilarious at times, and in the usual good writing and intricate plotting style of Ms. Coulter.”—The Chattanooga Times

“A cast of wonderful characters are part of this funny, lively, and occasionally mysterious story.”—Library Journal

Catherine Coulter is the #1 New York Times bestselling author of the FBI Thrillers featuring husband and wife team Dillon Savich and Lacey Sherlock. She is also the author—with J. T. Ellison—of the Brit in the FBI series. She lives in Sausalito, California.
Loading...
or
Not Currently Available for Direct Purchase