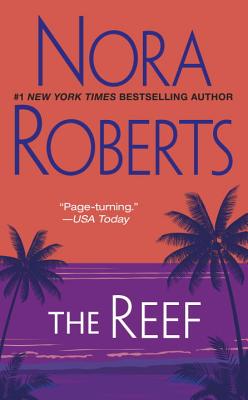 A marine archaeologist and a salvager join forces to search for a legendary treasure in this novel that takes readers to the depths of the Caribbean and the heights of passion and suspense—from #1 New York Times bestselling author Nora Roberts.

Tate Beaumont has a passion for treasure-hunting. Over the years, she and her father have uncovered many fabulous riches, but one treasure has always eluded them: Angelique’s Curse—a jeweled amulet heavy with history, dark with legend, and tainted with blood. In order to find this precious artifact, the Beaumonts reluctantly form a partnership with salvagers Buck and Matthew Lassiter.

As the Beaumonts and Lassiters pool their resources to locate Angelique’s Curse, the Caribbean waters darken with shadowy deceptions and hidden threats. Their partnership is placed in jeopardy when Matthew refuses to share information—including the truth behind his father’s mysterious death. For now, Tate and Matthew continue their uneasy alliance—until danger and desire begin to rise to the surface…

Praise For The Reef…

“Having made waves with romantic suspense on the coast and at sea, Roberts now takes a satisfying plunge into the deep…Roberts will keep fans’ appetites alive to the end.”—Publishers Weekly

“An engaging cast of characters with the enticing mystery of coral reefs and sunken treasure.”—The Denver Post

“A thrilling treasure hunt with a trademark edge. One of her most suspenseful tales to date.”—Booklist

“Roberts’s legion of fans will swarm to this.”—Kirkus Reviews

“Relationships are the key to this exciting and exotic adventure tale. Ms. Roberts uses all her consummate skill as a storyteller to make you root and care deeply for this small band of adventurers. Marvelous as always.”—RT Book Reviews
or
Not Currently Available for Direct Purchase
Copyright © 2020 American Booksellers Association