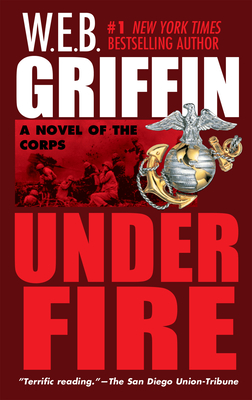 After the epic struggle of World War II, W.E.B. Griffin’s bestselling chronicle of the Marine Corps enters a new stage of modern warfare—with new weapons, new strategies, and a new breed of warrior—on the battlefields of Korea...

In 1950, Captain Ken McCoy’s report on North Korean hostilities meets with so much bureaucratic displeasure that he is promptly booted out of the Corps—and just as promptly picked up by the fledgling CIA. Soon, his predictions come true: on June 25th the North Koreans invade across the 38th parallel. Immediately veterans scattered throughout military and civilian life are called up, many with only seventy-two hours notice. For these men and their families, names such as Inchon and Pusan will acquire a new, bloody reality—and become their greatest challenge of all...

Praise for W.E.B. Griffin and the Novels of the Corps

“An insider’s tale of life in the Marine Corps.”—The Orlando Sentinel

“The best chronicler of the U.S. military ever to put pen to paper.”—Phoenix Gazette

“The poet laureate of the American military...His grasp of history and hi ability to personalize that big picture through the actions of an ever-changing cast of characters not only informs—it is highly entertaining as well.”—Los Angeles Daily News

W.E.B. Griffin was the author of seven bestselling series: The Corps, Brotherhood of War, Badge of Honor, Men at War, Honor Bound, Presidential Agent, and Clandestine Operations.
Loading...
or support indie stores by buying on
(This book is on backorder)