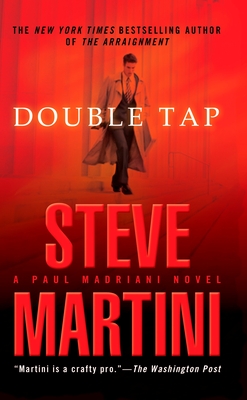 A beautiful businesswoman, founder of a high-tech software company catering to the military, is found dead, two tightly grouped bullet wounds to her a head—a “double tap,” the trademark of highly skilled assassins. Paul Madriani takes the case of the man accused of the crime: a career soldier who refuses to explain the mysterious gaps in his military résumé. Faced with an uncooperative client, Madriani begins a dangerous search for the truth—in the soldier's shadowy past, in the victim's deadly secrets...

Steve Martini worked as a newspaper reporter in Los Angeles and as a capital correspondent at the state house in Sacramento, California. An honors graduate at the University of California at Santa Cruz, Mr. Martini holds his law degree from the University of the Pacific’s McGeorge School of Law. He has written widely on the law and politics, having covered both state and federal courts, the state legislature, and the administrations of governors Ronald Reagan and Jerry Brown. In 1984 Martini turned his talents to fiction, quickly earning positions on bestseller lists and garnering both critical and popular praise for his New York Times–bestselling novels, including The Simeon Chamber, Compelling Evidence, Prime Witness, Undue Influence, The Judge, The List, Critical Mass, The Attorney, The Jury, and The Arraignment. Mr. Martini lives on the West Coast.
Loading...
or support indie stores by buying on
(This book is on backorder)