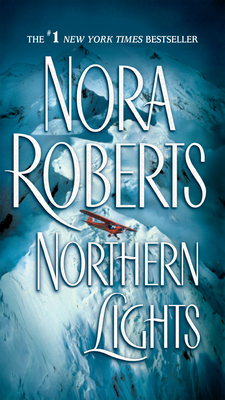 Let #1 New York Times bestselling author Nora Roberts fly you into Lunacy, Alaska, and into a colorful, compelling novel about two lonely souls who are searching for love and redemption...

As a Baltimore cop, Nate Burke watched his partner die on the street—and the guilt still haunts him. With nowhere else to go, he accepted the job as Chief of Police in a tiny, remote Alaskan town with the hopes of starting over. Despite the name, Lunacy provides a balm for Nate's shattered soul—and an unexpected affair with pilot Meg Galloway warms his nights...

But other things in Lunacy are heating up. Nate suspects the killer in an unsolved murder still walks the snowy streets. His investigation will unearth the secrets and suspicions that lurk beneath the placid surface, as well as bring out the big-city survival instincts that made him a cop in the first place. And his discovery will threaten the new life—and the new love—that he has finally found for himself.

“While Alaska is an unfamiliar setting for a Roberts novel, the song she sings here remains—happily for fans of the romantic suspense genre—the same.”—The New York Times

“[An] engaging mix of suspense and romance.”—The Seattle Post-Intelligencer

“The setting is economically but beautifully evoked, the spare style balancing the breathtaking grandeur of Alaska. Pace, dialogue and scenes are cunningly shaped, and the police procedural skillfully dovetails with romance.”—The Washington Post Book World

“A richly textured novel that captures the intimacy of smalltown police work, the prickliness of the pioneer spirit and the paradox of a setting at once intimate and expansive, welcoming and hostile, indisputably American and yet profoundly exotic to those in the Lower 48.”—Publishers Weekly (starred review)

“Jack London, move over. The Queen of Romance has you in her sights...Roberts doesn’t miss in this wild and woolly tale of love and murder in Alaska.”—Kirkus Reviews (starred review)

“Roberts beautifully captures the rugged splendor of Alaska, and her cast of uniquely endearing secondary characters adds just the right touch of quirky humor to her splendidly entertaining, sexy, and suspenseful romance about two tough yet vulnerable people.”—Booklist