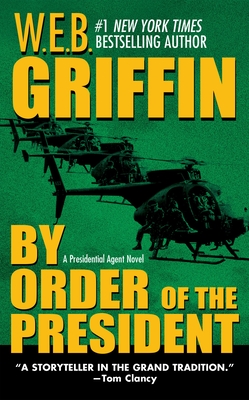 By Order of the President

When a leased Boeing 727 is violently hijacked from Angola and flown to parts unknown, the President turns to an outsider—Major Carlos Guillermo Castillo—for answers. A pilot, West Point graduate, and veteran of Desert Storm, Castillo has a sharp eye for the facts—and the truth behind them. In Africa, he is helped and hindered by unexpected allies and ruthless enemies, and begins to untangle a plot of horrific dimensions—a plot that, unless Castillo acts quickly, will end very, very badly.

Praise For By Order of the President…

"Plenty of action, high-level intrigue, interesting characters, flip dialogue, romance, and a whole lot of drinking and other carrying on." (Library Journal)