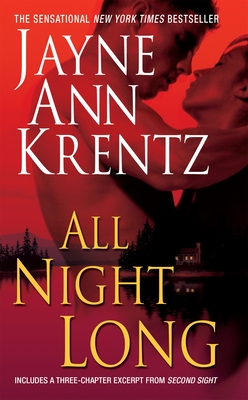 Investigative reporter Irene Stenson hasn’t been to her hometown of Dunsely, California, since the gruesome night she found both her parents dead on the kitchen floor. Now, seventeen years later, Irene has received a shocking new lead about their deaths—and is determined to discover the truth of what happened on that long-ago night.

Staying at a local lodge, she finds herself confiding in handsome Luke Danner—an ex-marine who’s as used to barking orders as Irene is to ignoring them. But Luke sees the terror beneath her confident exterior—and can’t help but want to protect her. He is also driven by passions of his own, and as they’re drawn together into the heart of danger, they will risk far more than either of them expected.

Jayne Ann Krentz is the author of more than fifty New York Times bestsellers. She has written contemporary romantic suspense novels under that name, as well as futuristic and historical romance novels under the pseudonyms Jayne Castle and Amanda Quick, respectively. There are more than 35 million copies of her books in print.
Loading...
or support indie stores by buying on
(This book is on backorder)