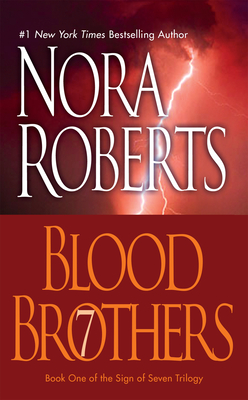 In the town of Hawkins Hollow, it’s called The Seven. Every seven years, on the seventh day of the seventh month, strange things happen. It began when three young boys—Caleb, Fox, and Gage—went on a camping trip to The Pagan Stone...

It is only February, but Caleb Hawkins—descendant of the town founders—has already seen and felt the stirrings of evil. Though he can never forget the beginning of the terror in the woods twenty-one years ago, the signs have never been this strong before. Cal will need the help of his best friends Fox and Gage, but surprisingly he must rely on a stranger as well.

Reporter Quinn Black came to Hawkins Hollow hoping to make its eerie happenings the subject of her new book. She too can see the evil the locals cannot, somehow connecting her to the town—and to Cal. As winter turns to spring, they will shed their inhibitions, surrendering to a desire that will grow and form the cornerstone of a group of men and women bound by the fight against what is to come from out of the darkness…

“The eternal struggle against evil plays out in the launch book of Roberts' new trilogy, The Sign of Seven. As in previous series, three couples over the course of three books must face their darkest fears. This is creepy and eerie fun!”—RT Book Reviews
or
Buy Here
Copyright © 2020 American Booksellers Association