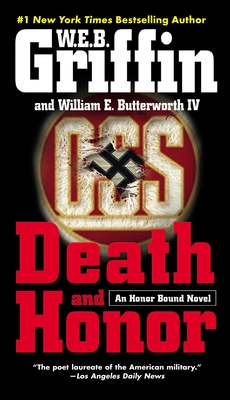 In 1943, Argentina Marine pilotturned- agent Cletus Frade is setting up an OSS-operated airline. But before Frade can get airborne, two interwoven German operations must be grounded. And for Frade-whose father was killed by the Nazis-the mission is about to get personal.

William E. Butterworth IV has been a writer and editor for major newspapers and magazines for more than twenty-five years, and has worked closely with his father for several years on the editing of the Griffin books. He is the coauthor of several novels in the Badge of Honor, Men at War, Honor Bound, and Presidential Agent series. He lives in St. Petersburg, Florida.
Loading...
or
Not Currently Available for Direct Purchase