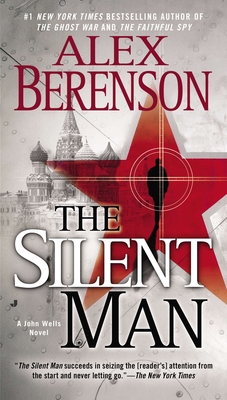 A novel of international intrigue and catastrophic terrorism from the #1 New York Times bestselling author of The Ghost War and The Faithful Spy.

For CIA operative John Wells, the underworld has become more real than the real world. He's spent years in the close company of evil men. And he's paid the price in every possible way. Now, he's on the ragged edge of burnout. His nights are plagued by twisted dreams. He's beginning to doubt if he can ever live a normal life—and he's right to think so.

When a power adversary from Wells's past finds him, he must once again enter the fray. For his country. For his soul. For revenge....

Praise For The Silent Man (A John Wells Novel #3)…

Praise for The Silent Man

“The Silent Man succeeds in seizing the attention from the start and never letting go.”—The New York Times

“John Wells saves the world for the third time in as many books, but we wouldn't have it any other way.”—Booklist

“Well-plotted and thoughtful…Fast and furious when it needs to be, this is a welcome addition to an excellent series.”—Publishers Weekly

Alex Berenson is the #1 New York Times bestselling author of the John Wells series, including The Faithful Spy, which won the 2007 Edgar Award for best first novel. As a reporter for The New York Times, Berenson covered topics ranging from the occupation of Iraq—where he was stationed for three months—to the flooding of New Orleans, to the world pharmaceutical industry, to the financial crimes of Bernie Madoff. He graduated from Yale University in 1994 with degrees in history and economics, and lives in New York City.