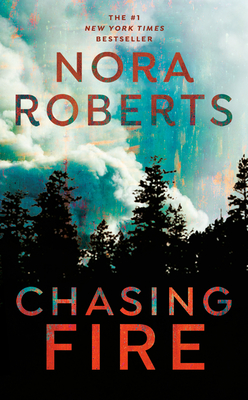 In this #1 New York Times bestseller, Nora Roberts delves into the world of elite firefighters who thrive on danger and adrenaline—men and women who wouldn’t know how to live life if it wasn’t on the edge.

Little else in life is as dangerous as fire jumping. But there’s also little else as thrilling—at least to Rowan Tripp. Being a Missoula smoke jumper is in Rowan’s blood: her father is a legend in the field. At this point, returning to the wilds of Montana for the season feels like coming home—even with reminders of the partner she lost last season still lingering in the air.

One of the best of this year’s rookie crop, Gulliver Curry is a walking contradiction, a hotshot firefighter with a big vocabulary and a winter job at a kids’ arcade. And though Rowan, as a rule, doesn’t hook up with other smoke jumpers, Gull is convinced he can change her mind...

But everything is thrown off balance when a dark presence lashes out against Rowan, looking to blame someone for last year’s tragedy. Rowan knows she can’t complicate things with Gull—any distractions in the air or on the ground could be lethal. But if she doesn’t find someone she can lean on when the heat gets intense, her life may go down in flames.

“An incendiary tale of murder, mayhem, and life on the rugged Western fire lines.”—Library Journal

“Roberts’ red-hot romance is a blaze of glory for readers...every word captivates.”—The Star-Ledger

“The bad thing about reading a Nora Roberts book is the bereft feeling readers get when they finish...The story is compelling, intriguing—and just plain enjoyable to read.”—New York Journal of Books

“Once again Nora Roberts affirms she is one of the best romantic suspense authors on the market for the past two decades...Loaded with action...and filled with a fiery romance.”—Midwest Book Review
or support indie stores by buying on
(This book is on backorder)
Copyright © 2020 American Booksellers Association