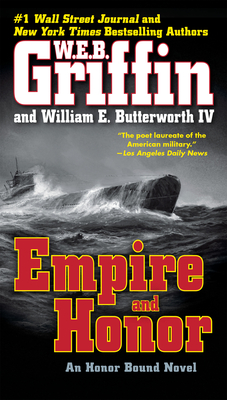 October 1945. The war is over. The OSS has been disbanded. But for Cletus Frade and his colleagues in the OSS, the fight goes on…

In the closing months of the war, the United States made a secret deal with Reinhard Gehlen, head of German intelligence’s Soviet section. In exchange for a treasure trove of intelligence on the Soviets and their spies within the U.S. atomic bomb program, Gehlen’s people would be spirited to safety in Argentina.

Only a handful of people know about the deal. If word got out, all hell would break loose—and the U.S. would lose some of the most valuable intelligence sources they possess. It is up to Frade and company to keep them safe.

But some people have other ideas...

“The pages fly by as the authors mix action and intrigue with a fascinating look at Juan Perón and the Argentina of 1945.”—Publishers Weekly

William E. Butterworth IV has been an editor and writer for more than twenty-five years, and has worked closely with his father for almost a decade on the editing and writing of the Griffin books. He is coauthor of the bestselling novels The Saboteurs, The Double Agents, Death and Honor, The Traffickers, The Honor of Spies, The Vigilantes, The Outlaws, Victory and Honor, Covert Warriors, and The Spymasters. He is a member of the Sons of the American Legion, China Post #1 in Exile; the Office of Strategic Services (OSS) Society; and a life member of the National Rifle Association and the Texas Rifle Association. He lives in Texas.
Loading...
or support indie stores by buying on
(This book is on backorder)