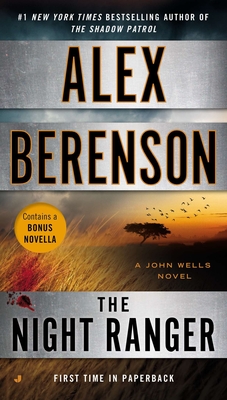 When four young volunteers in Kenya decide to take a break from working at a Somali refugee camp, they pile into a Land Cruiser for an adventure. But they get more than they bargained for when they are kidnapped. They wake up in a hut, hooded, bound, no food or water. Hostages.

John Wells is asked to try to find them, but he does so reluctantly. East Africa isn’t his usual playing field. And when he arrives, he finds that the truth behind the kidnappings is far more complex than he imagined.

The clock is ticking and the White House is edging closer to an invasion of Somalia. Wells has a unique ability to go undercover and stir things up, but if he can’t find the hostages soon, they’ll be dead—and the U.S. may be in a war it never should have begun.

Praise For The Night Ranger (A John Wells Novel #7)…

As a reporter for The New York Times, Alex Berenson covered topics ranging from the occupation of Iraq to the flooding of New Orleans to the financial crimes of Bernie Madoff. His previous novels include The Faithful Spy, winner of a 2007 Edgar® Award, The Ghost War, The Silent Man, The Midnight House, The Secret Soldier, and The Shadow Patrol.
Loading...
or support indie stores by buying on
(This book is on backorder)