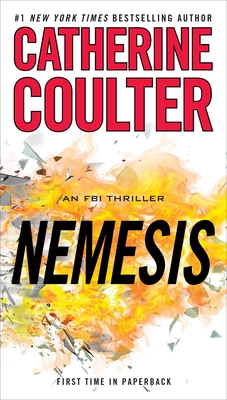 In New York, Special Agent Lacey Sherlock foils a terrorist attack at JFK airport, but stopping the grenade-carrying crazy was only the beginning. Another plot unfolds nearly simultaneously with a bomb at St. Patrick’s Cathedral...

Meanwhile, Savich—with the help of Agent Griffin Hammersmith—has his hands full trying to track an elusive murderer who is able to control those under his thrall. When an attempt on Savich’s life collides with Sherlock’s terrorist case, they must race against the clock, as more lives are in danger with every passing minute.

Praise For Nemesis (An FBI Thriller #19)…

“The daring duo of Sherlock and Savich once again takes on assorted criminals in this wide-ranging thriller.”—Kirkus Reviews

“Another suspenseful and entertaining entry by a genre star.”—Booklist

“The edge-of-your-seat opening ratchets into an action-packed tale of suspense that leads to an astonishing conclusion. Fans of Lee Child and Patrick Lee won't be disappointed.”—Library Journal

“One of the reasons this long-running series keeps on being so entertaining is the combination of eerie and twisted plotlines and engaging characters who continue to grow. Coulter is a true master!”—RT Book Reviews