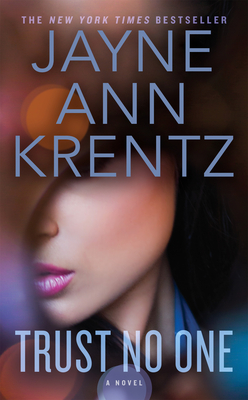 A New York Times bestselling masterpiece of romantic suspense from the author of Promise Not to Tell...

When Grace Elland finds her boss, motivational speaker Sprague Witherspoon, murdered, a vodka bottle on his nightstand is a terrifying reminder of the horrors of her past—one that can be no coincidence.

To regroup, Grace retreats to her childhood home, Cloud Lake, where she meets venture capitalist Julius Arkwright, a man who lives to make money, by any means necessary. But the intense former Marine has skills that Grace can use—to figure out her future. And he’s the perfect man to help Grace when it becomes clear she is being stalked.

As Witherspoon’s financial empire continues to crumble around them, taking a deadly toll, Julius will walk Grace step by step into her past to uncover a devious plan to destroy not only Grace, but everyone around her as well...

Praise For Trust No One…

Praise for Trust No One

“Trust me when I say you’ll like this novel...You can count on Krentz to deliver a good story with twists and turns and memorable characters.”—The News-Gazette

“The final twists and turns of the plot are among Krentz’s best.”—The Seattle Times

“Clever plotting, complex pacing and a compelling cast of characters propel Trust No One to its dynamite finish.”—Booklist (starred review)

Jayne Ann Krentz is the author of more than fifty New York Times bestsellers. She has written contemporary romantic suspense novels under that name, as well as futuristic and historical romance novels under the pseudonyms Jayne Castle and Amanda Quick, respectively. There are more than 35 million copies of her books in print.
Loading...
or
Not Currently Available for Direct Purchase