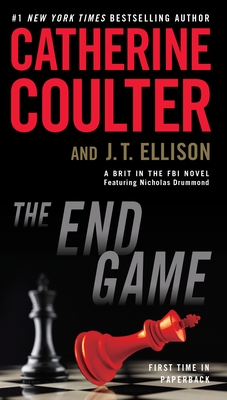 Nicholas Drummond, “a new son of Bond licensed to shine”(Kirkus Reviews) returns in the third Brit in the FBI thriller.

Nicholas Drummond and his partner, Mike Caine, rush to stop the deadly bombings and cyber attacks of an environmental terrorist group. But when the organization is infiltrated by an international assassin, it will take help from fellow FBI agents Dillon Savich and Lacey Sherlock to stop something much bigger from going down...

Praise for the Brit in the FBI novels

“The authors juggle marvelous action with stellar character development and intriguing history to spin another great tale. Both are excellent writers, but together they are in another league.”—The Associated Press

“Readers will be terrified and on the edge of their seats throughout the book.”—Crimespree Magazine

“Nonstop action with enough realism to keep you thinking and scare the daylights out of you at the same time.”—Suspense Magazine

J. T. Ellison is the bestselling author of twelve critically acclaimed novels, including What Lies Behind and When Shadows Fall, and her work has been published in more than twenty countries. Her novel The Cold Room won the ITW Thriller Award for Best Paperback Original and Where All the Dead Lie was a RITA® Nominee for Best Romantic Suspense. She is also coauthor of the Brit in the FBI series.
Loading...
or support indie stores by buying on
(This book is on backorder)