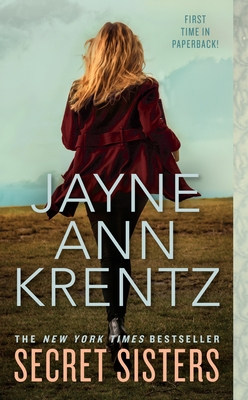 No one does romantic suspense better than Jayne Ann Krentz. Now, the New York Times bestselling author of Untouchable and Promise Not to Tell delivers a novel that twists and turns into a read that will leave you breathless.

Madeline and Daphne were once as close as sisters—until a secret tore them apart. Now, it might take them to their graves....

Nearly two decades after her childhood—and her friendship with Daphne—were destroyed in one traumatic night, a dying man’s last words convey a warning to Madeline: the secrets she believed buried forever have been discovered.

Unable to trust anyone else, Madeline reaches out to Daphne and to the only man she can count on to help: Jack Rayner, a security expert with a profoundly intimate understanding of warped and dangerous minds. Along with his high-tech genius of a brother, the four of them will form an uneasy alliance against a killer who will stop at nothing to hide the truth....

“Krentz’s focus always is on the relationship between her central characters: Complex, strong-willed and vulnerable, they’re at the heart of what might be her best work yet.”—The Seattle Times

“A twisting ride on a bullet train of romantic suspense...an adroit tale of old friends, new loves and edge-of-your-seat suspense...So buckle up and expect to lose sleep, because just when you think you've figured it out, Secret Sisters will throw you a new curve.”—BookPage

“Krentz expertly introduces plausible suspects, weaving in sexual tension between Jack and Madeline and terrifying uncertainty as someone strikes to eliminate the remaining secret-holders. Krentz scores another winner with complex characters and seamless plotting.”—Publishers Weekly

“The characters are engaging, and the story is intriguing. Krentz delivers another twisty, plot-driven romantic suspense novel, with two satisfying love stories in the mix.”—Kirkus Reviews

“Romantic suspense and Krentz are an unbeatable duo...mesmerizing...The bonus with this book—besides the fascinating mystery—is it also delivers two romantic relationships. Settle back and enjoy as Krentz takes you on one thrilling adventure!”—RT Book Reviews (4 1/2 stars, Top Pick)
or
Buy Here
Copyright © 2020 American Booksellers Association