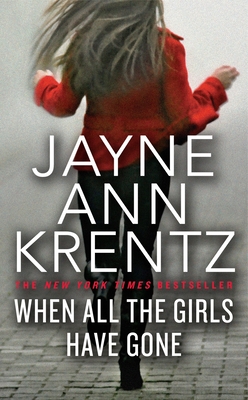 When All the Girls Have Gone

A thrilling novel of the deceptions we hide behind, the passions we surrender to, and the lengths we’ll go to for the truth from the New York Times bestselling author of Untouchable.

Beautiful, brilliant, and reckless, Jocelyn has gone off the grid before, but never like this. In a desperate effort to find her, Charlotte joins forces with Max Cutler, a struggling PI who recently moved to Seattle after his previous career as a criminal profiler went down in flames—literally. Burned out, divorced and almost broke, Max needs the job.

After surviving a near-fatal attack, Charlotte and Max turn to Jocelyn’s closest friends—women in a Seattle-based online investment club—for answers. But what they find is chilling...

“Jayne Ann Krentz is a woman who knows her way around a thrilling plot...[She] knows how to ignite the sparks in a relationship and she also knows how to create suspenseful situations...Krentz has done it again.”—Huffington Post

“The perfect blend of spooky and romantic.”—Bustle

“When All the Girls Have Gone by Jayne Ann Krentz leaves readers spellbound...Just when the reader thinks they had found the answers, the carpet is pulled from under them with a new set of questions.”—Working Mother

“Krentz returns with an intricately plotted romantic suspense novel that satisfies on every level...A terrific read by a stellar author.”—Kirkus Reviews (starred review)