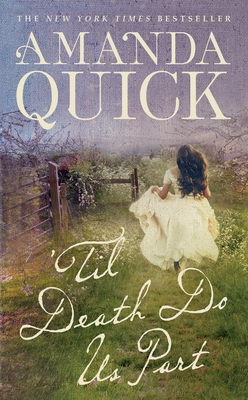 'Til Death Do Us Part

The author of the New York Times bestseller The Girl Who Knew Too Much returns to Victorian London in a novel of deadly obsession...

“A model storyteller of mystery and suspense mixed with an entrancing romance, Amanda Quick...once again holds the reader in rapt attention with 'Til Death Do Us Part...an intriguing read that keeps audiences entrenched in the lives of the characters.”—Examiner.com

“Quick’s ambitious Victorian historical mixes witty, occasionally self-referential banter with gothic undertones and a solid thriller plot...Along with the danger, Quick throws in a great deal of humor, a large cast of well-rounded characters, and lots of solid red herrings. This is a true delight for fans of historical romances and mysteries.”—Publishers Weekly (starred review)

“The whole plot was so well thought out and frankly amazing...Amanda Quick is still—after all these years—a magnificent writer.”—Quite the Novel Idea