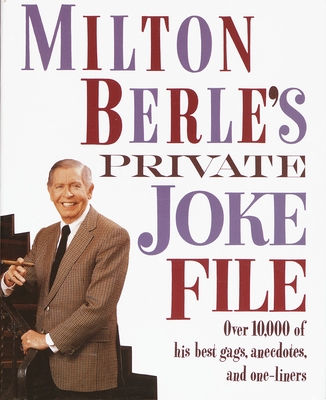 One of the legends of show biz delves into his personal treasury of jokes ("The most comprehensive storehouse of 20th-century humor in the world"--Los Angeles Magazine) to present the most astounding array of one-liners, anecdotes, quips, and gags ever published. Line drawings.

Milton Berle, born Mendel Berlinger, was an iconic comedian and actor. As a stalwart of television’s golden age, he thrived as the host of NBC’s Texaco Star Theater, garnering the nickname “Mr. Television.” He appeared in more than 75 television shows and starred in seven Broadway plays.
Loading...
or
Not Currently Available for Direct Purchase