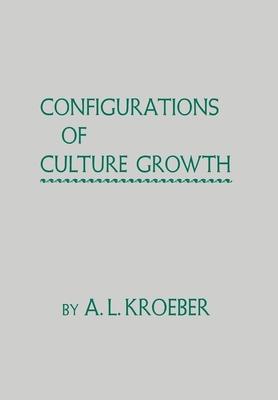 "This handsome volume, one of a group commemorating the seventy-fifth anniversary of the University of California, caps the prolific and extraordinarily varied publications of the most distinguished of living American anthropologists.... In this book [Kroeber] demonstrates his control over amazing ranges of world history. Kroeber's versatility and intellectual robustness are all the more refreshing when viewed against the background of the narrowness and overspecialization, the relative isolation from the main currents of contemporary thought, and the inbred parochialism which have, on the whole, characterized twentieth-century anthropology. Configurations of Culture Growth deserves those abused adjectives 'great' and 'monumental.' "
From: Clyde Kluckhohn 1946 review of "Configurations of Culture Growth."
American Journal of Sociology, vol. 51, no. 4, p. 336-341.

Alfred Louis Kroeber (1876 – 1960) was an American cultural anthropologist. He received his Ph.D. at Columbia University in 1901, the first doctorate in anthropology awarded by Columbia. He was also the first professor appointed to the Department of Anthropology at the University of California, Berkeley.
or support indie stores by buying on