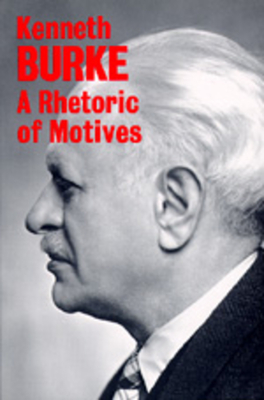 A Rhetoric of Motives (Paperback)

As critic, Kenneth Burke's preoccupations were at the beginning purely esthetic and literary; but after Counter-Statement (1931), he began to discriminate a "rhetorical" or persuasive component in literature, and thereupon became a philosopher of language and human conduct.

In A Grammar of Motives (1945) and A Rhetoric of Motives (1950), Burke's conception of "symbolic action" comes into its own: all human activities—linguisitc or extra-linguistic—are modes of symbolizing; man is defined as the symbol-using (and -misusing) animal. The critic's job becomes one of the interpreting human symbolizing wherever he finds it, with the aim of illuminating human motivation. Thus the reach of the literary critic now extends to the social and ethical.

A Grammar of Motives is a "methodical meditation" on such complex linguistic forms as plays, stories, poems, theologies, metaphysical systems, political philosophies, constitutions. A Rhetoric of Motives expands the field to human ways of persuasion and identification. Persuasion, as Burke sees it, "ranges from the bluntest quest of advantage, as in sales promotion or propaganda, through courtship, social etiquette, education, and the sermon, to a 'pure' form that delights in the process of appeal for itself alone, without ulterior purpose. And identification ranges from the politician who, addressing an audience of farmers, says, 'I was a farm boy myself,' through the mysteries of social status, to the mystic's devout identification with the sources of all being."

Kenneth Burke has been termed "simply the finest literary critic in the world, and perhaps the finest since Coleridge" (Stanley Edgar Hyman, The New Leader). Mr. Burke has published ten other works with the University of California Press: Towards a Better Life (1966); Language as Symbolic Action: Essays on Life, Literature, and Method (1966) Collected Poems, 1915-1967 (1968); The Complete White Oxen: Collected Short Fiction of Kenneth Burke (1968); A Grammar of Motives (1969); Permanence and Change: An Anatomy of Purpose (1984); The Philosophy of Literary Form (1974); A Rhetoric of Motives (1969); The Rhetoric of Religion: Studies in Logology (1970); and Attitudes Toward History, Third Edition (1984).
or
Buy Here
Copyright © 2020 American Booksellers Association