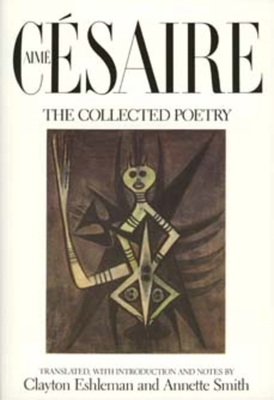 This edition, containing an extensive introduction, notes, the French original, and a new translation of Césaire's poetry—the complex and challenging later works as well as the famous Notebook—will remain the definitive Césaire in English.

Praise For The Collected Poetry…

"Aime Cesaire has found his voice in English. Thanks to the meticulous translations by Clayton Eshleman and Annette Smith in their very handsome bilingual edition, readers can now judge for themselves the talents of one of the most powerful French poets of this century, who has been neglected for too long."
— New York Times

". . . handsomely produced . . . it is a major work of translation, and Eshleman and Smith have excellently served the man and poet they so evidently admire."
— Modern Language Review

Aimé Césaire (1913-2008) was a Francophone and French poet, author and politician from Martinique. He was "one of the founders of the négritude movement in Francophone literature".His works included Une Tempête, a response to Shakespeare's play The Tempest, and Discours sur le colonialisme (Discourse on Colonialism), an essay describing the strife between the colonizers and the colonized. His works have been translated into many languages.
Loading...
or support indie stores by buying on