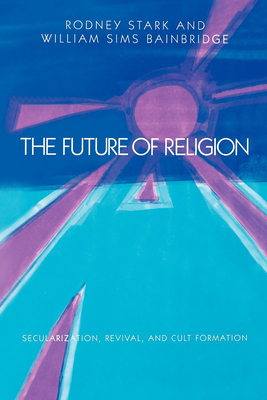 The Future of Religion

Religion is alive and well in the modern world, and the social-scientific study of religion is undergoing a renaissance. For much of this century, respected social theorists predicted the death of religion as inevitable consequence of science, education, and modern economics. But they were wrong.

Stark and Bainbridge set out to explain the survival of religion. Using information derived from numerous surveys, censuses, historical case studies, and ethnographic field expeditions, they chart the full sweep of contemporary religion from the traditional denominations to the most fervent cults. This wealth of information is located within a coherent theoretical framework that examines religion as a social response to human needs, both the general needs shared by all and the desires specific to those who are denied the economic rewards or prestige enjoyed by the privileged. By explaining the forms taken by religions today, Stark and Bainbridge allow us to understand its persistence in a secular age and its prospects for the future,


Praise For The Future of Religion: Secularization, Revival and Cult Formation…

"The authors break new ground for the social scientific study of religion in scope and theory. The result is an empirically based rebuttal of the secularization thesis. . . . Future will enlighten its intended audience: social scientists who study religion, and their students. Its conceptual and empirical rigor enhances the standing of the sociology of religion in the scientific community."
— Journal of the American Academy of Religion

"Students of American religion need lots of help in lots of ways, and they will find much welcome assistance in this volume. It offers definitions of such troublesome terms as church, sect, and cult, with specification as to the nature of organization peculiar to each."
— Church History

"Every serious sociologist of religion will have to confront this book and anyone with an interest in religion should read it."
— Journal for the Scientific Study of Religion

"This volume presents the material in an interesting, exciting, and challenging manner and should provide the starting point for any theological evaluation of, and Christian response to, the new religious movements."
— Theological Studies

Rodney Stark is one of the leading authorities on the sociology of religion. Stark has authored more than 150 scholarly articles and 32 books in 17 different languages, including several widely used sociology textbooks and best-selling titles. William Sims Bainbridge earned his doctorate in sociology from Harvard University in 1975. Altogether he has published about 300 articles and written or edited 40 books in a variety of scientific fields.
Loading...
or support indie stores by buying on