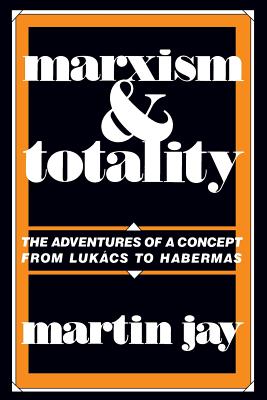 The Adventures of a Concept from Lukács to Habermas

Totality has been an abiding concern from the first generation of Western Marxists, most notably Lukács, Korsch, Gramsci, and Bloch, through the second, exemplified by the Frankfurt School, Lefebvre, Goldmann, Sartre, Merleau-Ponty, and Della Volpe, up to the most recent, typified by Althusser, Colletti, and Habermas. Yet no consensus has been reached concerning the term's multiple meanings—expressive, decentered, longitudinal, latitudinal, normative—or its implications for other theoretical and practical matters. By closely following the adventures of this troublesome but central concept, Marxism & Totality offers an unconventional account of the history of Western Marxism.