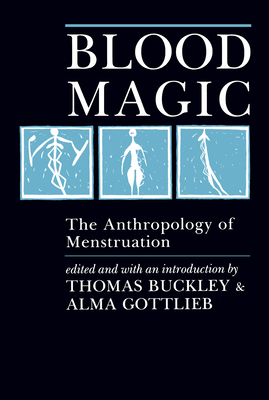 The Anthropology of Menstruation

Examining cultures as diverse as long-house dwellers in North Borneo, African farmers, Welsh housewives, and postindustrial American workers, this volume dramatically redefines the anthropological study of menstrual customs. It challenges the widespread image of a universal "menstrual taboo" as well as the common assumption of universal female subordination which underlies it. Contributing important new material and perspectives to our understanding of comparative gender politics and symbolism, it is of particular importance to those interested in anthropology, women's studies, religion, and comparative health systems.

Praise For Blood Magic: The Anthropology of Menstruation…

"The first book on the anthropology of menstruation to be published by a major university press.”
— Becky Vorpagel

"A major innovation is the deliberate and consistent focus on women’s views and their participation in social responses to bodily processes."
— Terence Hays

“Reclaiming the female body, retrieving it piece by piece from the grip of patriarchal culture and medical practice, has been a central feminist goal for each of the last two decades. Menstruation . . . is now front and center on the feminist agenda as a topic that needs to be rethought . . . Blood Magic . . . [is] among a larger set of books that are seeking simultaneously to dismantle the traditional formulations and to replace them with a woman-centered set of understandings . . . [the book]. . . not only clear[s] and point[s] the way for a new woman-centered scholarship on menstruation but demonstrate[s] its significance to the feminist agenda.”
— Anna Meigs

“The first major collection on anthropological interpretations of menstruation. . . The editors contribute a lengthy, useful introduction to this biological phenomenon and the interpretations given to it by different peoples; moreover, they provide discussions for each section . . . A well-edited and useful contribution to the continually growing literature on the cultural constructions of gender.”
— L. Beck