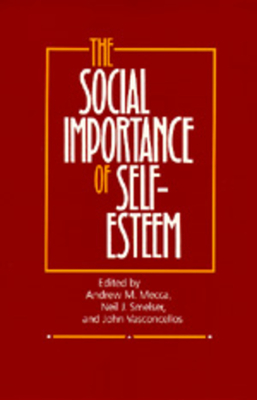 The Social Importance of Self-Esteem

Is the well-being of a society dependent on the well-being of its citizenry? Does individual self-esteem play a causal role in chronic social problems such as child abuse, school drop-out rates, teenage pregnancy, alcohol and drug abuse, welfare dependency?

In an attempt to answer these questions, the State of California established a task force on self-esteem and social responsibility in 1987. The aim of this body was to determine what connections might exist between these two factors and to suggest policy guidelines relating to the welfare of Californians and to the expenditure of public resources. The ten essays in this volume, prepared by faculty members of the University of California, draw on research in the social and behavioral sciences to explore these issues. They assess the substantive assertions and research findings in the field and make careful evaluations of their reliability and validity. In many cases strong connections between self-esteem and problematic behavior are established, in others the connections are weak, and in some the causal relationship is, as yet, imperfectly understood.

One of the conclusions of the book is that research on these issues needs to be improved, particularly in the areas of comparative and longitudinal studies. Guidelines for future research are suggested, and some points of policy direction are elaborated. These essays may indeed promote additional research, for the premise that social stability and welfare are largely dependent on the psychological state of a people poses a challenging and provocative counter-emphasis to the assumption that social institutions are the primary determinants of individual welfare.

Andrew Mecca is Executive Director of the California Health Research Foundation. Neil J. Smelser is University Professor of Sociology at the University of California, Berkeley. John Vasconcellos is a California State Assemblyman.
Loading...
or support indie stores by buying on