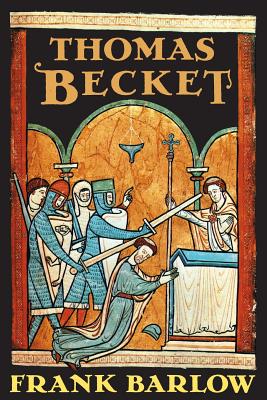 On 29 December 1170, Thomas Archbishop of Canterbury was brutally murdered in his cathedral by four knights from the household of his former friend and patron, King Henry II. The horror that the killing inspired and the miraculous cures performed at Thomas's tomb transfigured him into one of the most popular saints in Western Christendom, and Canterbury became one of the greatest pilgrim shrines in the West.

Yet these were unexpected results. Thomas's extraordinary career had been, and remains, controversial. The transformation of a handsome, attractive, and worldly courtier into a zealous prelate, a bitter exile and finally a martyr was for many hard to understand. In this brilliant new biography, based on the original sources and informed by the most recent scholarship, Frank Barlow reconstructs Thomas's physical environment and entourage at various stages of his career, exploring the nuances and irregularities in the story that have been ignored in other studies.

Frank Barlow is Emeritus Professor of History at the University of Exeter. He is a Fellow of the British Academy and of the Royal Society of Literature.
Loading...
or support indie stores by buying on