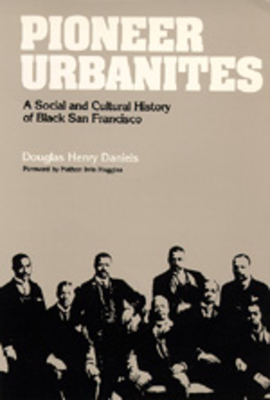 A Social and Cultural History of Black San Francisco

The black migration to San Francisco and the Bay Area differed from the mass movement of Southern rural blacks and their families into the eastern industrial cities. Those who traveled West, or arrived by ship, were often independent, sophisticated, single men. Many were associated with the transportation boom following the Gold Rush; others traveled as employees of wealthy individuals.

Douglas Daniels argues for the importance of going beyond the written record and urban statistics in examining the life of a minority community. He has studied photographs from family albums and interviewed members of old black San Francisco families in his effort to provide the first nuanced picture of the lives of black San Franciscans from the 1860s to the 1940s.

Douglas Henry Daniels is Associate Professor of Black Studies at the University of California, Santa Barbara.
Loading...
or support indie stores by buying on