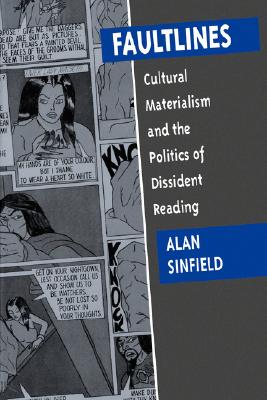 Cultural Materialism and the Politics of Dissident Reading

If we come to consciousness within a language that is complicit with the social order, how can we conceive, let alone organize, resistance to that social order? This key question in the politics of reading and subcultural practice informs Alan Sinfield's book on writing in early-modern England.

New historicism has often shown people trapped in a web of language and culture. In lively discussions of writings by Shakespeare, Marlowe, Sidney, and Donne, Sinfield reassesses the scope of dissidence and control. The early-modern state, Christianity, and the cultural apparatus, despite an ideology of unity and explicit violence, could not but allow space to challenging voices. Sinfield shows that disruptions in concepts of hierarchy, nationality, gender, and sexuality force their way into literary texts.

Sinfield is often provocative. He "rewrites" Julius Caesar to produce a different politics, compares Sidney's idea of poetry to Leonid Brezhnev's, and reinstates the concept of character in the face of post-structuralist theory. He keeps the current politics of literary study in view, especially in a substantial chapter on Shakespeare in the U.S. Sinfield subjects interactions between class, ethnicity, sexuality, and the professional structures of the humanities to a detailed and hard-hitting critique, and argues for new commitments to collectivities and subcultures.