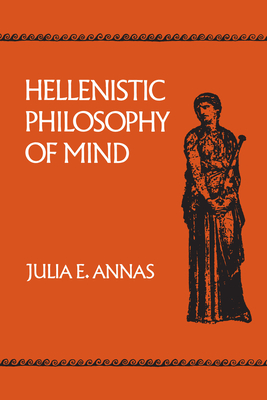 Hellenistic Philosophy of Mind is an elegant survey of Stoic and Epicurean ideas about the soul—an introduction to two ancient schools whose belief in the soul's physicality offer compelling parallels to modern approaches in the philosophy of mind. Annas incorporates recent thinking on Hellenistic philosophy of mind so lucidly and authoritatively that specialists and nonspecialists alike will find her book rewarding.

In part, the Hellenistic epoch was a "scientific" period that broke with tradition in ways that have an affinity with the modern shift from the seventeenth and eighteenth centuries to the present day. Hellenistic philosophy of the soul, Annas argues, is in fact a philosophy of mind, especially in the treatment of such topics as perception, thought, and action.

Julia E. Annas is Professor of Philosophy at the University of Arizona. She is the author, with Jonathan Barnes, of The Modes of Scepticism (1985).
Loading...
or support indie stores by buying on