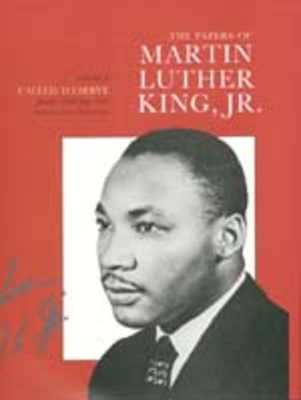 The Papers of Martin Luther King, Jr., Volume I

More than two decades since his death, Martin Luther King, Jr.'s ideas—his call for racial equality, his faith in the ultimate triumph of justice, and his insistence on the power of nonviolent struggle to bring about a major transformation of American society—are as vital and timely as ever. The wealth of his writings, both published and unpublished, that constitute his intellectual legacy are now preserved in this authoritative, chronologically arranged, multi-volume edition. Faithfully reproducing the texts of his letters, speeches, sermons, student papers, and articles, this edition has no equal.

Volume One contains many previously unpublished documents beginning with the letters King wrote to his mother and father during his childhood. We read firsthand his surprise and delight in his first encounter (during a trip to Connecticut) with the less segregated conditions in the North. Through his student essays and exams, we discover King's doubts about the religion of his father and we can trace his theological development. We learn of his longing for the emotional conversion experience that he witnessed others undergoing, and we follow his search to know God through study at theological seminaries. Throughout the first volume, we are treated to tantalizing hints of his mature rhetorical abilities, as in his 1945 letter to the Atlanta Constitution that spoke out against white racism.

Each volume in this series contains an introductory essay that traces the biographical details of Dr. King's life during the period covered. Ample annotations accompany the documents. Each volume also contains a chronology of key events in his life and a "Calendar of Documents" that lists all important, extant documents authored by King or by others, including those that are not trnascribed in the document itself.

The preparation of this edition is sponsored by the Martin Luther King, Jr. Center for Nonviolent Social Change in Atlanta with Stanford University and Emory University.

Clayborne Carson is Director and Senior Editor of the Martin Luther King, Jr. Papers Project. A history professor at Stanford University, he is the author of In Struggle: SNCC and the Black Awakening of the 1960s (1981), and editor of Knock at Midnight: Inspiration from the Great Sermons of Reverend Martin Luther King, Jr. (1998) and Malcolm X: The FBI File (1991).
Loading...
or support indie stores by buying on