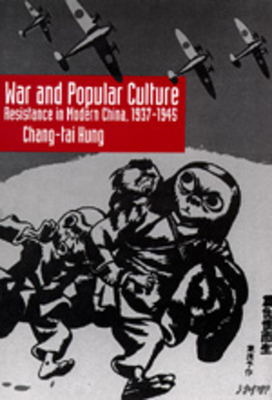 This is the first comprehensive study of popular culture in twentieth-century China, and of its political impact during the Sino-Japanese War of 1937-1945 (known in China as "The War of Resistance against Japan"). Chang-tai Hung shows in compelling detail how Chinese resisters used a variety of popular cultural forms—especially dramas, cartoons, and newspapers—to reach out to the rural audience and galvanize support for the war cause. While the Nationalists used popular culture as a patriotic tool, the Communists refashioned it into a socialist propaganda instrument, creating lively symbols of peasant heroes and joyful images of village life under their rule. In the end, Hung argues, the Communists' use of popular culture contributed to their victory in revolution.

Chang-tai Hung is Jane and Raphael Bernstein Professor of Asian Studies at Carleton College, and the author of Going to the People: Chinese Intellectuals and Folk Literature, 1918-1937 (1985).
Loading...
or support indie stores by buying on