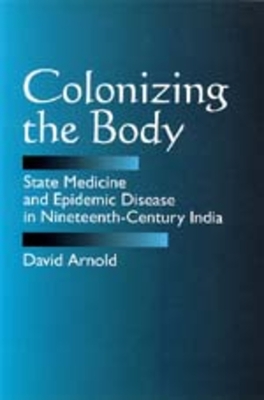 In this innovative analysis of medicine and disease in colonial India, David Arnold explores the vital role of the state in medical and public health activities, arguing that Western medicine became a critical battleground between the colonized and the colonizers.

Focusing on three major epidemic diseases—smallpox, cholera, and plague—Arnold analyzes the impact of medical interventionism. He demonstrates that Western medicine as practiced in India was not simply transferred from West to East, but was also fashioned in response to local needs and Indian conditions.

By emphasizing this colonial dimension of medicine, Arnold highlights the centrality of the body to political authority in British India and shows how medicine both influenced and articulated the intrinsic contradictions of colonial rule.

David Arnold is Professor of South Asian History at the School of Oriental and African Studies, University of London. His recent books include Famine (1989).
Loading...
or support indie stores by buying on