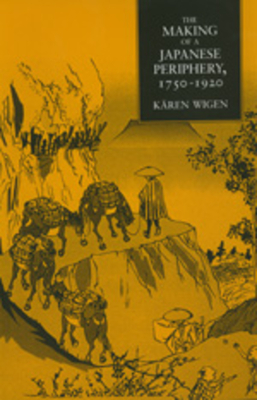 The Making of a Japanese Periphery, 1750-1920 (Twentieth Century Japan

The Emergence of a World Power #3)

Contending that Japan's industrial and imperial revolutions were also geographical revolutions, Kären Wigen's interdisciplinary study analyzes the changing spatial order of the countryside in early modern Japan. Her focus, the Ina Valley, served as a gateway to the mountainous interior of central Japan. Using methods drawn from historical geography and economic development, Wigen maps the valley's changes—from a region of small settlements linked in an autonomous economic zone, to its transformation into a peripheral part of the global silk trade, dependent on the state. Yet the processes that brought these changes—industrial growth and political centralization—were crucial to Japan's rise to imperial power. Wigen's elucidation of this makes her book compelling reading for a broad audience.

Kären Wigen is Assistant Professor of History at Duke University.
Loading...
or support indie stores by buying on