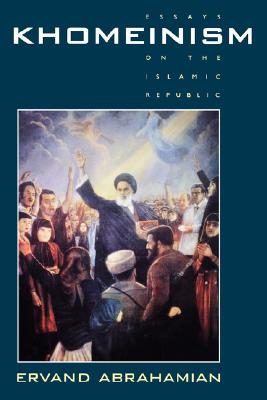 Essays on the Islamic Republic

"Fanatic," "dogmatic," "fundamentalist"—these are the words most often used in the West to describe the Ayatollah Khomeini. The essays in this book challenge that view, arguing that Khomeini and his Islamic movement should be seen as a form of Third World political populism—a radical but pragmatic middle-class movement that strives to enter, rather than reject, the modern age.

Ervand Abrahamian, while critical of Khomeini, asks us to look directly at the Ayatollah's own works and to understand what they meant to his principal audience—his followers in Iran. Abrahamian analyzes political tracts dating back to 1943, along with Khomeini's theological writings and his many public statements in the form of speeches, interviews, proclamations and fatwas (judicial decrees). What emerges, according to Abrahamian, is a militant, sometimes contradictory, political ideology that focuses not on issues of scripture and theology but on the immediate political, social, and economic grievances of workers and the middle class.

These essays reveal how the Islamic Republic has systematically manipulated history through televised "recantations," newspapers, school textbooks, and even postage stamps. All are designed to bolster the clergy's reputation as champions of the downtrodden and as defenders against foreign powers. Abrahamian also discusses the paranoia that permeates the political spectrum in Iran, contending that such deep distrust is symptomatic of populist regimes everywhere.

Ervand Abrahamian is Professor of History at Baruch College at the City University of New York. He is the author of Iran Between Two Revolutions (1982) and The Iranian Mojahedin (1989).

Praise For Khomeinism: Essays on the Islamic Republic…

"Abrahamian' s sophisticated analysis is a welcome addition to the growing literature on the Iranian revolution. Informed lay persons as well as academics and graduate students would benefit from this well-argued book. The uncommon wit and lucid style of this work make it truly a pleasure to read."
— Middle East Policy Council

"...a superb study of political ideology in general and of the ideological evolution of the founder of the Islamic republic in particular."
— Iranian Studies
or
Buy Here
Copyright © 2020 American Booksellers Association