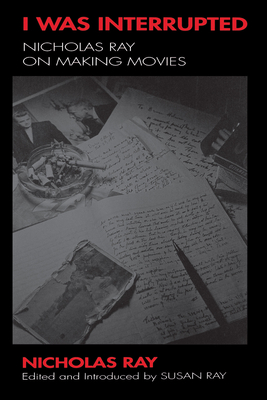 One of the most original, rebellious, and idiosyncratic directors in the American cinema, Nicholas Ray lived and worked with an intensity equal to that of his films. Best known for his direction of James Dean in Rebel Without a Cause (1955), he is also well regarded for his cult western Johnny Guitar (1954), and such prestigious noir classics as On Dangerous Ground (1951). I Was Interrupted offers a provocative selection of the filmmaker's writings, lectures, interviews, and more.

Nicholas Ray (1911-1979) was among the most gifted film directors to work in the postwar Hollywood cinema. His work was championed by the French critics of the Cahiers du cinèma. Susan Ray, the filmmaker's wife and collaborator, lives and writes in New York State.
Loading...
or support indie stores by buying on