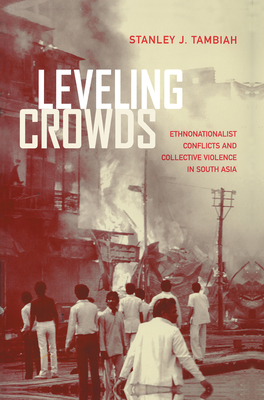 Ethno-nationalist conflicts are rampant today, causing immense human loss. Stanley J. Tambiah is concerned with the nature of the ethno-nationalist explosions that have disfigured so many regions of the world in recent years. He focuses primarily on collective violence in the form of civilian "riots" in South Asia, using selected instances in Sri Lanka, Pakistan, and India. He situates these riots in the larger political, economic, and religious contexts in which they took place and also examines the strategic actions and motivations of their principal agents. In applying a wide range of social theory to the problems of ethnic and religious violence, Tambiah pays close attention to the history and culture of the region.

On one level this provocative book is a scrupulously detailed anthropological and historical study, but on another it is an attempt to understand the social and political changes needed for a more humane order, not just in South Asia, but throughout the world.

Stanley J. Tambiah is Esther and Sidney Rabb Professor of Anthropology at Harvard University. Among his several books is Sri Lanka: Ethnic Fratricide and the Dismantling of Democracy (1991).
Loading...
or support indie stores by buying on