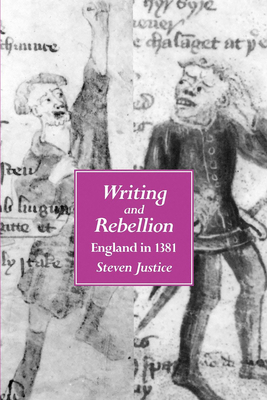 England in 1381 (The New Historicism: Studies in Cultural Poetics #27)

In this compelling account of the "peasants' revolt" of 1381, in which rebels burned hundreds of official archives and attacked other symbols of authority, Steven Justice demonstrates that the rebellion was not an uncontrolled, inarticulate explosion of peasant resentment but an informed and tactical claim to literacy and rule.

Focusing on six brief, enigmatic texts written by the rebels themselves, Justice places the English peasantry within a public discourse from which historians, both medieval and modern, have thus far excluded them. He recreates the imaginative world of medieval villagers—how they worked and governed themselves, how they used official communications in unofficial ways, and how they produced a disciplined insurgent ideology.

Steven Justice is Associate Professor of English at the University of California, Berkeley.
Loading...
or support indie stores by buying on