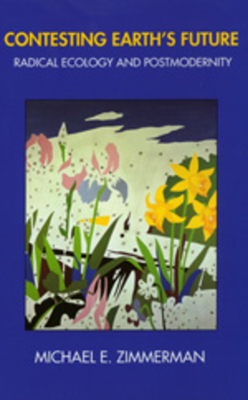 Radical ecology typically brings to mind media images of ecological activists standing before loggers' saws, staging anti-nuclear marches, and confronting polluters on the high seas. Yet for more than twenty years, the activities of organizations such as the Greens and Earth First! have been influenced by a diverse, less-publicized group of radical ecological philosophers. It is their work—the philosophical underpinnings of the radical ecological movement—that is the subject of Contesting Earth's Future.

An early and influential ecological thinker, Zimmerman is uniquely qualified to provide a broad overview of radical environmentalism and delineate its various schools of thought. He clearly describes their defining arguments and internecine disputes, among them the charge that deep ecology is an anti-modern, proto-fascist ideology. Reflecting both the movement's promise and its dangers, this book is essential reading for all those concerned with the worldwide ecological crisis.

Michael E. Zimmerman is Professor of Philosophy at Tulane University and author of Heidegger's Confrontation with Modernity (1990) and Eclipse of the Self: The Development of Heidegger's Concept of Authenticity (1981).
Loading...
or support indie stores by buying on