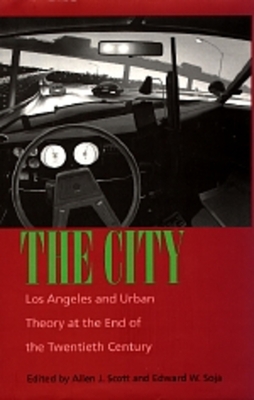 Los Angeles has grown from a scattered collection of towns and villages to one of the largest megacities in the world. In the process, it has inspired controversy among critics and scholars, as well as among its residents. Seeking original perspectives rather than consensus, the editors of The City have assembled a variety of essays examining the built environment and human dynamics of this extraordinary modern city, emphasizing the dramatic changes that have occurred since 1960. Together the essays—by experts in urban planning, architecture, geography, and sociology—create a new kind of urban analysis, one that is open to diversity but strongly committed to collective theoretical and practical understanding.

Allen J. Scott is Professor of Geography and Associate Dean of the School of Public Policy and Social Research at the University of California, Los Angeles. His previous books include Technopolis: High-Technology Industry and Regional Development in Southern California (California, 1993). Edward W. Soja is Professor of Urban Planning at the University of California, Los Angeles, and author of Thirdspace: Journeys to Los Angeles and Other Real-and-Imagined Places (1996).
Loading...
or support indie stores by buying on