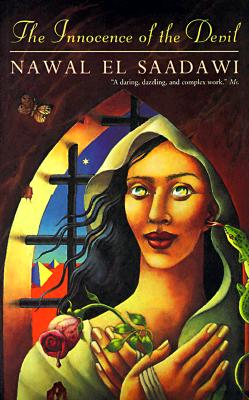 The Innocence of the Devil (Literature of the Middle East)

Nawal El Saadawi's books are known for their powerful denunciation of patriarchy in its many forms: social, political, and religious. Set in an insane asylum, The Innocence of the Devil is a complex and chilling novel that recasts the relationships of God and Satan, of good and evil. Intertwining the lives of two young women as they discover their sexual and emotional powers, Saadawi weaves a dreamlike narrative that reveals how the patriarchal structures of Christianity and Islam are strikingly similar: physical violation of women is not simply a social or political phenomenon, it is a religious one as well.

While more measured in tone than Salman Rushdie's Satanic Verses, Saadawi's novel is similar in its linguistic, literary, and philosophical richness. Evoking a world of pain and survival that may be unfamiliar to many readers, it speaks in a universal voice that reaches across cultures and is the author's most potent weapon.

Nawal El Saadawi is an Egyptian feminist, socialist, medical doctor, and writer. Her works include The Hidden Face of Eve (1982) and Memoirs from the Women's Prison (California, 1994). Sherif Hetata, who is married to Saadawi, is a physician and writer who spent thirteen years in prison for speaking out against the Egyptian government. Fedwa Malti-Douglas is Martha C. Kraft Professor of Humanities at Indiana University and the author of Men, Women, and God(s): Nawal El Saadawi and Arab Feminist Poetics (California, 1995).
Loading...
or support indie stores by buying on