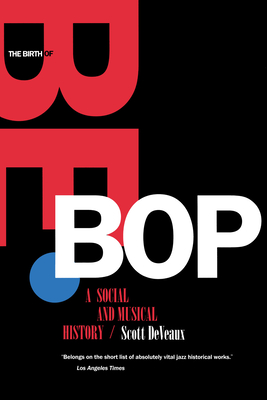 The Birth of Bebop

A Social and Musical History

The richest place in America's musical landscape is that fertile ground occupied by jazz. Scott DeVeaux takes a central chapter in the history of jazz—the birth of bebop—and shows how our contemporary ideas of this uniquely American art form flow from that pivotal moment. At the same time, he provides an extraordinary view of the United States in the decades just prior to the civil rights movement.

DeVeaux begins with an examination of the Swing Era, focusing particularly on the position of African American musicians. He highlights the role played by tenor saxophonist Coleman Hawkins, a "progressive" committed to a vision in which black jazz musicians would find a place in the world commensurate with their skills. He then looks at the young musicians of the early 1940s, including Charlie Parker, Dizzy Gillespie, and Thelonious Monk, and links issues within the jazz world to other developments on the American scene, including the turmoil during World War II and the pervasive racism of the period.

Throughout, DeVeaux places musicians within the context of their professional world, paying close attention to the challenges of making a living as well as of making good music. He shows that bebop was simultaneously an artistic movement, an ideological statement, and a commercial phenomenon.

In drawing from the rich oral histories that a living tradition provides, DeVeaux's book resonates with the narratives of individual lives. While The Birth of Bebop is a study in American cultural history and a critical musical inquiry, it is also a fitting homage to bebop and to those who made it possible.

Scott DeVeaux is Associate Professor of Music at the University of Virginia. He is the author of Jazz in America: Who's Listening? (1995) and coeditor of The Music of James Scott (1992).
Loading...
or support indie stores by buying on