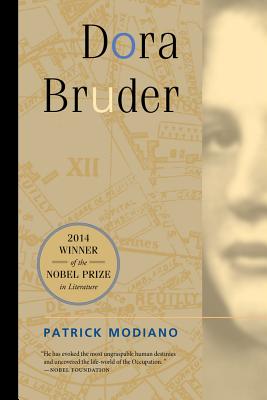 2014 Winner of the Nobel Prize in Literature

Patrick Modiano opens Dora Bruder by telling how in 1988 he stumbled across an ad in the personal columns of the New Year's Eve 1941 edition of Paris Soir. Placed by the parents of a 15-year-old Jewish girl, Dora Bruder, who had run away from her Catholic boarding school, the ad sets Modiano off on a quest to find out everything he can about Dora and why, at the height of German reprisals, she ran away on a bitterly cold day from the people hiding her. He finds only one other official mention of her name on a list of Jews deported from Paris to Auschwitz in September 1942.

With no knowledge of Dora Bruder aside from these two records, Modiano continues to dig for fragments from Dora's past. What little he discovers in official records and through remaining family members, becomes a meditation on the immense losses of the peroid—lost people, lost stories, and lost history. Modiano delivers a moving account of the ten-year investigation that took him back to the sights and sounds of Paris under the Nazi Occupation and the paranoia of the Pétain regime as he tries to find connections to Dora. In his efforts to exhume her from the past, Modiano realizes that he must come to terms with the specters of his own troubled adolescence. The result, a montage of creative and historical material, is Modiano's personal rumination on loss, both memoir and memorial.

"Modiano has an almost paranormal capacity to sense vibrations from the past or intimations of the future."

Patrick Modiano is one of the most celebrated French novelists of his generation and recipient of the 2014 Nobel Prize in Literature. He has collaborated with Louis Malle on the film Lacombe Lucien and has written over fifteen novels.
Loading...
or support indie stores by buying on