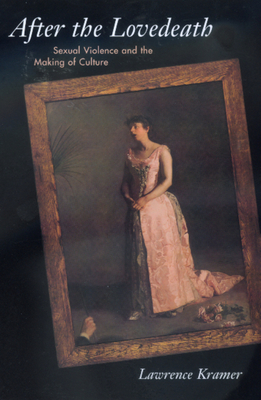 Sexual Violence and the Making of Culture

This elegantly written book is a bold attempt to reinterpret the nature of sexual violence and to imagine the possibility of overcoming it. Lawrence Kramer traces today's sexual identities to their nineteenth-century sources, drawing on the music, literature, and thought of the period to show how normal identity both promotes and rationalizes violence against women.

To make his case, Kramer uses operatic lovedeaths, Beethoven's "Kreutzer Sonata" and the Tolstoy novella named after it; the writings of Walt Whitman and Alfred Lord Tennyson, psychoanalysis, and the logic of dreams. In formal and informal reflections, he explores the self-contradictions of masculinity, the shifting alignments of femininity, authority, and desire, and the interdependency of hetero- and homosexuality. At the same time, he imagines alternatives that could allow gender to be freed from the existing system of polarities that inevitably promote sexual violence.

Kramer's writing avoids the conventional dress of intellectual authority and moves between music and literature in a style that is both intimate and effective. He combines informed scholarship with candid personal utterance and makes clear what is at stake in this crucial debate. After the Lovedeath will have a profound impact on anyone interested in new ways to think about gender.

Lawrence Kramer is Professor of English and Music at Fordham University. He has published three previous books with California: Music and Poetry: The Nineteenth Century and After (1984), Music as Cultural Practice, 1800-1900 (1990), and Classical Music and Postmodern Knowledge (1995). All are available in paperback.
Loading...
or support indie stores by buying on