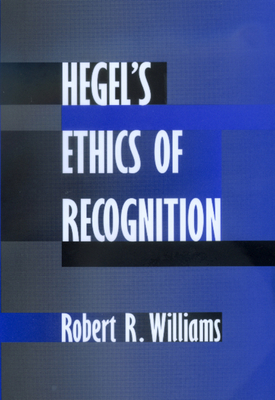 He explores Hegel's intersubjective concept of spirit (Geist) as the product of affirmative mutual recognition and his conception of recognition as the right to have rights. Examining Hegel's Jena manuscripts, his Philosophy of Right, the Phenomenology of Spirit, and other works, Williams shows how the concept of recognition shapes and illumines Hegel's understandings of crime and punishment, morality, the family, the state, sovereignty, international relations, and war. A concluding chapter on the reception and reworking of the concept of recognition by contemporary thinkers including Derrida, Levinas, and Deleuze demonstrates Hegel's continuing centrality to the philosophical concerns of our age.

Robert R. Williams, Professor of Philosophy at Hiram College and Vice-President of the Hegel Society of America, is author of Recognition: Hegel and Fichte on the Other (1992).
Loading...
or support indie stores by buying on